Sydney’s Northern Beaches stretch over 30km from Manly in the south to Palm Beach in the north.

There are 23 beaches to discover the most famous and popular are Manly, Dee Why, Collaroy, Narrabeen, Mona Vale, Newport, Avalon, and Palm Beach.

As well as the beaches there are bays and lagoons and in the middle, there’s lake Narrabeen to explore.

Outdoor ocean pools along the northern beaches are at Collaroy, Dee Why, North Narrabeen, Newport, and Palm Beach. Exploring beaches off the main road such as Queenscliff, North Curl Curl, Dee Why, Bilgola and Whale Beach can be very rewarding experiences.

Have look at this great YouTube video by Terrys Films:

Palm Beach sits on a peninsula at the end of Barrenjoey Road, between Pittwater and Broken Bay.

Barrenjoey headland at the northernmost point rises quite sharply from the beach to over 100 metres above sea level, and features an operational lighthouse. It was designed by James Barnet, the New South Wales Colonial Architect, built by Isaac Banks and completed in 1881. The light is automated and operated by Roads and Maritime Services; and the buildings are managed by the NSW National Parks & Wildlife Service and is part of Ku-ring-gai Chase National Park.
GO TO PALM BEACH PAGE > 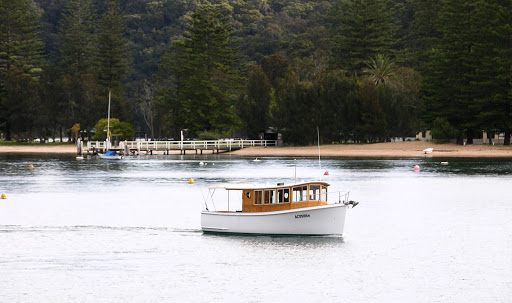 “The finest piece of water I ever saw,” said, Governor Arthur Phillip.
He was right. Pittwater is an amazing place.

Pittwater was named by Governor Phillip in 1788 in honour of William Pitt the Younger, then Prime Minister of England. Phillip’s description of Pittwater would suggest that he may have chosen it as the site for the colony of NSW, ahead of Sydney Cove, had he explored it before Port Jackson. MORE INFO

Pittwater is a boat lovers paradise. It is the south of Broken Bay and Lion Island and is a tidal estuary that separates greater Sydney from the Central Coast and is often considered to be a bay or harbor. A little way around West Head The Hawkesbury Nepean River runs into Broken Bay having started its journey in Western Sydney.

The Northern Beaches suburbs on the shores of Pittwater are Church Point, Bayview, Newport, Avalon, Whale Beach, and Palm Beach. On the opposite shore is Ku-Ring-Gai Chase National Park. MORE PARK INFO
GO TO PITTWATER PAGE >

Take the ferry across Sydney Harbour to Manly by ferry for a great day out.
They used to say Manly was “Seven miles from Sydney and a thousand miles from care”.

Well, the same goes for today.

Manly is surrounded by more than 20 beaches, bays, and coves including the iconic Manly Beach. There are beautiful hidden natural spots, breathtaking National Parks, Aboriginal Sites, and historic landmarks. All just this is just a 30-minute scenic ferry ride from Sydney’s downtown CBD.
GO TO MANLY PAGE >