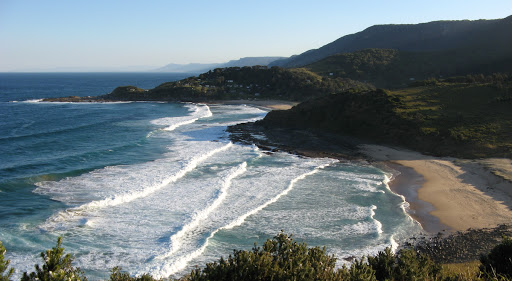 A view of North and South Era Beach in the Royal National Park, looking south from Thelma Head. Semi-Detached Point can be seen as the long, thin piece of land visible in the background left.

A day trip or school excursion to Royal National Park in Sydney’s south will offer plenty of opportunities for barbecues, fishing, bushwalking, birdwatching and whale watching.

The Royal National Park is in Sutherland Shire just south of Sydney. It is the second oldest national park in the world after Yellowstone USA and formally proclaimed on 26 April 1879. The park was added to the Australian National Heritage List in December 2006.

The Royal National Park has endless possibilities for visitors eager to connect with nature. There are great walks along the expansive coastal cliffs through eucalyptus bushlands. 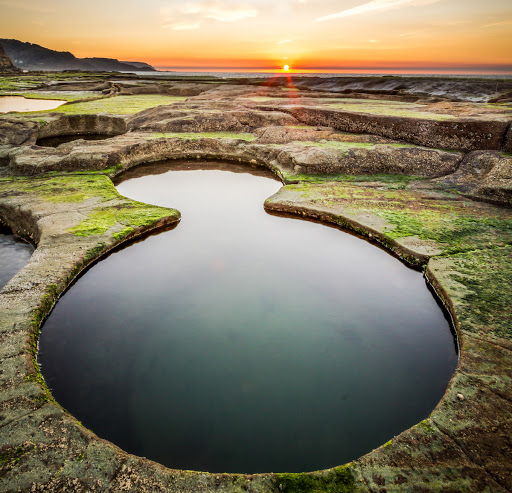 For something different, you can swim under the waterfalls in Wattamolla. You can hire a canoe from the Audley Boatshed to paddle down Hacking River.
From May to November you could catch a glimpse of whales migrating north for the winter. If you are into riding cyclists can brave the 10km Loftus Loop Trail. For utter relaxation, you can and get out your picnic blanket for lunch at Ironbark Flat or Wattle.

Rock shelves, such as those found south of the Marley beaches (left) and the famous Figure Eight Pools (right) populate the central to the southern coast of the park.

The Royal National Park is 36km from the CBD. You can get there by car or take the train from Central to Otford.

The “Forest Island”, a section of forest in the park’s south mostly flanked by the Hacking River. In raised valley floors such as these, many more species of flora thrive than in other environments of the park.